What I've Been Reading

Because of my injury, and because it's summer, and because I love reading (especially books with drawings--comics rule!), I've got quite a few books to mention. This isn't everything I've read in the past month, but it's a sample (of stuff piled next to my bed because I haven't put it away yet--I need to install built-in-bookcases in the living room if I even hope to shelve all of stuff): 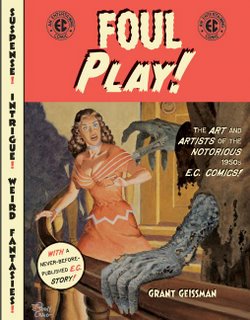 1) Foul Play!, by Grant Geissman. It's subtitled "The Art and Artists of the Notorious 1950s E.C. Comics," so if you know what that means, then you have a pretty good sesne of the book. If you don't, then you should know that E.C. Comics were reknowned for their beatiful artwork (and beautifully chilling stories), as well as causing a scandal leading to the Comics Code yada yada yada. Anyway, the artists of the E.C. era were some of the greatest illustrators who ever lived, and this book gives brief biographies on the creators and a sample story of each artist. My three favorites are Harvey Kurtzman (for his design and storytelling sense), Wally Wood (for his gorgeous figures and sold-looking gadgets and spacecraft), and Graham Ingels (for his eerie brush effects). I actually received this book for my birthday, but just had a chance to read it. It only whets my appetite for the upcoming E.C. Archive editions (which should be released this fall!). 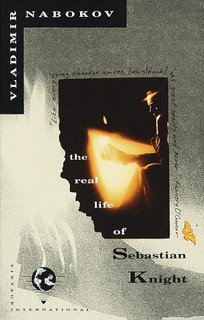 2) The Real Life of Sebastian Knight, by Vladimir Nabokov. This is another step on my journey to read all of Nabokov's work. I'm not doing them in chronological order because, frankly, I have read some of the earlier Russian novels (in translation) and I like them less than his English novels. So I'm jumping around. This one is a good one, but only if you've read some of his other works. Sebastian Knight is easy to summarize: it's about a narrator investigating his dead half-brother's life in an attempt to write a biography. But it's not really about that--that's just the narrative coat-hanger. It's about the nature of identity, and the imprecision of memory. It's about "literary movements" and Nabokov's disdain for them. It's about the fallacy of the biographic form. If that stuff sounds interesting, read it. If you're looking for a detective novel, this one won't be very satisfying. 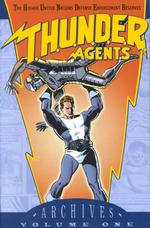 3) T.H.U.N.D.E.R. Agents Archive: Volume 1, by many talented artists (and some competent writers). Man, I love Archive editions. I have about 50 or 60 archive editions of various classic comic books, from The Atom to The Spirit to The X-Men (Marvel calls them "Masterworks," but they're the same basic format--glossy reprints in solid hardcovers). I picked up all SIX of these T.H.U.N.D.E.R. Agents Archives on ebay two weeks ago. I had never read any of the original stories--my only exposure to the characters (who, by the way, are basically Silver Age superheroes combined with a 60s spy setting) was from a 1980s revision done by some now-defunct publisher. But these original stories are as much fun as I had expected. The artwork is some of the best superhero art of the Silver Age, with work by Wally Wood (he did much more than just E.C. Comics), Gil Kane, Reed Crandall, and others. I can't wait to read the rest of the volumes. 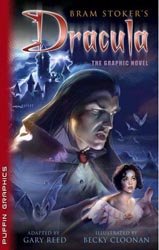 4) Dracula adapted by Gary Reed and Becky Cloonan. This is the Puffin Graphics comic book adaptation of the Stoker novel, and I bought it for the Cloonan art. She's one of my favorites out of the young crop of indie artists (although she's doing a lot of work for DC now, so she's gone mainstream), and she brings this moody story to life with flair. I have about five of these Puffin Graphics books now, and they are all pretty good. My only complaint is that sometimes the cheesy covers ruin the appeal. In this case, while Cloonan does the inside art, some airbrush cheeseball does the cover, and he makes it look like a straight-to-video movie version. Don't be fooled by the crappy cover. The art inside is MUCH BETTER. 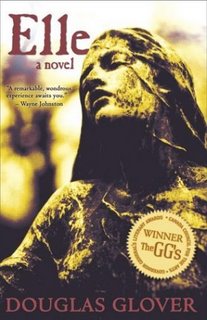 5) Elle, by Douglas Glover. I read this book a few weeks ago in preparation for a book discussion group I was asked to join. I've never been in such a group, and I often wondered what the point of such a group was. It's not like I need help understanding what I read, and it's not like my opinion about the book's going to change just because someone has a different opinion, and I don't really care about the characters and what they would do if...or what we would do if we were the characters...blah blah. I do that stuff all day as an English teacher anyway. I don't need to do it as an extra-curricular activity. But the group was excellent, because we talked largely about artistic choices and matters of craft, and the peeps in the group were all smart and funny. So--good times. The book, though, is not one of my favorites. I like Glover's style, on the sentence and paragraph level. I like his voice. But there's too much Native American mysticism and the novel, which starts with an amazing opening, eventually just becomes numbing (until a terrific ending, which is marred by a pointless epilogue). So, yes, Vivian Dorsel loooooooves it. I kinda like it. But I don't enthusiastically recommend it. 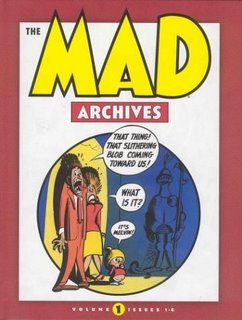 6) The Mad Archives: Volume 1, by the usual gang of idiots (before they were called that). I told you I loved Archive editions! And guess what? This one has artwork by, you guessed it, Wally Wood! Plus, it's full of good stuff. This volume reprints the first six issues of Mad back when it was a comic book and not a magazine. I'd seen some of this stuff before, but to read each issue cover to cover was a joy. This was a time when Mad was about telling funny stories and satirizing the comic book storytelling tropes--it wasn't about just cracking corny jokes, or parodying movies by just drawing goofy looking versions of the actors. This was the good stuff. Although, Howard Cruse tells me that the post-Kurtzman era, when it first became a magazine, is amazing as well, because they actually hired read comedians to write the satirical stuff. Nowadays, the magazine is just a shell of its former self. Does anyone even read it anymore? 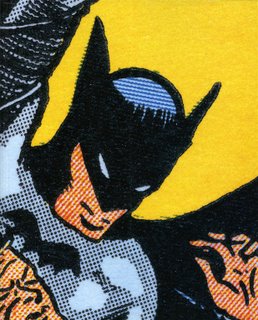 7) Batman: The Complete History, by Les Daniels. I've read the Superman volume, and I've read the Wonder Woman volume, both of which I enjoyed quite a bit. They are all designed by Chip Kidd, so they look great, and it was nice to see Daniels's overview of the comic books and the media appearances by these characters. The Batman volume, however, was disappointing. It's worth owning (so I can complete my set of the three, I guess), and I got it for free anyway, because my sister-in-law gave it to me (her boss gave it to her--they both work at Time-Warner HQ, and this copy was floating around the office apparently). It's just not very informative. Part of my problem with the book is that it doesn't seem to go into much detail about the interesting points of the Batman story (the much-disputed creation of the character, for example: Bob Kane got all the credit, but most sources now say that he did almost nothing on the series--a fact which Daniels glosses over quickly). Daniels does offer a comprehensive perspective, sure, but it's a bit too large-scale and doesn't provide much in the way of engaging anecdotes or critical perspective. Maybe the problem is that I know too much of this stuff already, whereas I knew a bit less about Superman and much less about Wonder Woman. But, hey, the book looks snazzy (and yes, that is the actual cover in its entirety).
Posted by Timothy Callahan at 1:47 AM