Chad Continues to Roll Out the Bendis

He's still got 12 1/2 hours of blogging, and already Chad Nevett has something like 17,000 words written about the Avengers comics of Brian Michael Bendis and the various spin-offs.

You should be over there reading his posts and entering the fray that is the comment section.

Last time I wrote 20,000 words over the course of a weekend, my wrists and fingers were numb for a week. Chad's probably a lot tougher than me, though. But he looks like he'll be way over the 20,000-word mark by the time he's done. 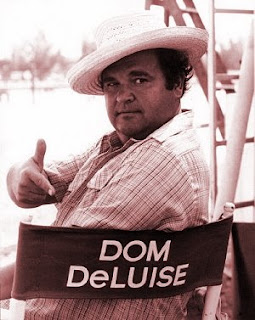 With Tucker Stone off spelunking in the Andes, the Factual Opinion HQ assembled an all-star partial replacement squad to address the big question of the week: which comics are good, which are not, and how can they all be mocked with elegance and sophistication? 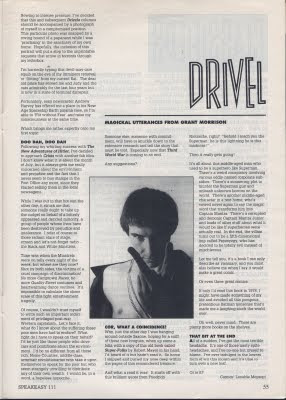 Bet you didn't expect this guy to show up in a Marvel comic this week, did you? 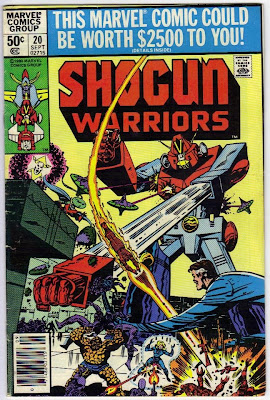 Remember my one-star review of "X-Factor" that Marvel ended up using as a press release? Now they're using it as a house ad! 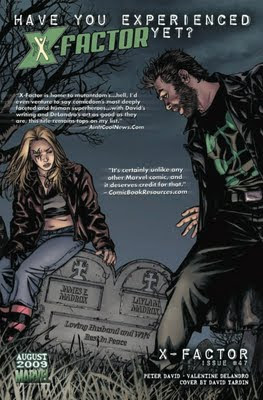 I Write for CBR, But I Dance Harder

After making a promise to link to my CBR writing and, in general, update this blog a bit more, I have just simply failed to do anything. Twitter has abducted my blogging impulses and spit them out into short bursts of the clever. Or the not-so-clever but-merely-obvious. I suspect I'm not the only one who has fallen into its clutches and lost the will to blog. (Geoff Klock, do you feel the stare of kinship?)

Yet I've written so much for CBR over the past couple of months, and I have brought barely any of it to your attention. And you tell me that you sometimes don't even READ my columns or reviews unless I link to them here. I feel you on that. I don't read everything at CBR either (shhhhh, that's supposed to be a secret, because I tell everyone that I read all of their stuff all the time). I mean, I read my own stuff, because I always know that I'll find a typo that slipped by me the first time, and because I forget what I've written about ten seconds after I submit it (does anyone else have this problem, or is my memory just old and full of crusty bits?).

Really, it's about time I linked you to my recent stuff. So: I wrote a bunch of stuff about Captain America, way back in June. Remember Cap? Remember June? And an early review of/reflection on "Asterios Polyp" that I must have linked to already, but now everyone and their mother is all like "blah blah, it's the best graphic novel, blah blah" and basically just repeating the kinds of things I said way before they even saw the book. Try to keep up, okay everyone else?

What else? Oh, I had a bit of fun talking about the behind-the-scenes of the comic review and riled up Peter David in the process. I didn't do it on purpose, but it ended up stirring the pot o' X-fans nonetheless. Good times, I suppose, and it happened to coincide with something similar Roger Ebert talked about. Synchronicity? Or am I just a crotchety old guy too? Or maybe he was reading CBR and thought that he could steal my column topic and run with it? Maybe all of the above.

Then I talked up an obscure little title called, I think, "Wednesday Comics"? I don't know what happened to that series, but a couple of dudes keep trying to talk about it each and every week, even when one of them has no internet.

I dabbled in the world of cats and romance with Ethan Young, and then I celebrated my one year "When Words Collide" Anniversary the only way I know how: alone. I already told you about the New Awesomeness of SDCC 2009, so I won't bother linking to it here.

And I reviewed a TON OF STUFF. Like this comic about a guy who's really sad. And one about another guy who's kinda sad, but really, really fast. Nobody sad here, is there? And, oh, this review didn't get me any dates with the Shatterstar cosplay crowd. I don't even remember this one, but this one was Gruenwaldy! This one was disappointing, and this one made Joe Casey send me an e-mail, but now we're best buds so it's all good. This one was the best Daniel Way comic I've ever read, and this one was like that novel and TV show but TOTALLY different from what happened to Batman at the end of "Final Crisis" as someone pointed out to me vehemently in San Diego. This one has less ass hair than the first issue. This one features too little Bryan Hitch, and this one is pretty epic for a comic about two disfigured cowpersons. This one's rural noir, while this one is pretty good but not good enough for Andy Khouri. This one is like a tv show I wouldn't bother watching regularly, but isn't bad. This one has an Asgardian frog. This one: tends to piss people off unless they love it. 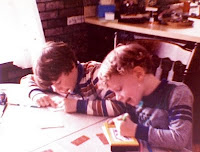 This one I wouldn't take home to Mama. Dad, sure! This one's in space. This one's foldy. This one has big teeth. This one is too much splort and not enough anything good. This one was sent to me by an editor, but I suspect he wishes he didn't send it to me now that he's read the review.

Okay, now comment on all that stuff!
Posted by Timothy Callahan at 11:32 PM 10 comments: