Why do street names sound so wimpy? Around our house, the streets are named girly names like "Elaine," "Leona," "Kara." A mile down the hill, they're named after American Romantic poets: "Bryant," "Longfellow," "Whittier."

I propose street names should be more badass. Next time you find yourself in charge of naming a street, why not go with "Laser-sword Blvd" or "Nunchuck Lane"?

Seriously? Who wouldn't want to live there?
Posted by Timothy Callahan at 4:31 PM 3 comments:

Recommended for Some: The Mysterious Flame of Queen Loana

I'm highly recommending this book (with some reservations). I loved it. If you're just like me, you'll love it too. Sadly, you're not just like me no matter how hard you try. You should still read the book, though. Here's why:

1) It's about an amnesiac who is trying to recapture his life by re-reading books from his youth.

2) We all love books, and so does the narrator, but the narrator is better at distilling the beauty of books into a passionate reminscence than we are. We should admire that (and celebrate the glory of books).

3) The narrator's quest allows us to recall our own love-affair with fiction and how these artifacts from our childhoods not only shaped our memories but shaped the ways in which we interacted (and continue to interact with) the world.

4) It's got a brilliantly evocative discourse on why Flash Gordon is so important.

5) It has pictures of really cool italian books that we can only dream about reading.

If you haven't read anything by Umberto Eco, you should. One of the first great works of literature that I actually read in high school (outside of English) assignments was his Foulcault's Pendulum which is basically an older version of The DaVinci Code but for smart people. I'm also a great admirer of his Sherlock Holmes-as-a-medieval-monk story--his masterpiece--The Name of the Rose. And I've deeply enjoyed his essays and non-fiction books on semiotics and literary theory. His last two novels have not been his best, but The Mysterious Flame of Queen Loana connected with me on a personal level and excited me by presenting such a compelling case for how closely we're linked to the books we read (especially the ones we read as children).

So what are my reservations? Nothing serious, but some readers might be turned off by the ending (which I won't spoil but it's not what I expected--I personally thought it was an excellent ending, though), and others may be turned off by the very concept of a guy basically telling us about the books he's reading and how they may or may not help him remember his past. There are, for example, no ninjas. But if you love books the way I do, and if you would rather spend a weekend in the attic of an old house unpacking boxes from your childhood and re-reading your favorite stories and looking at your favorite covers than you would getting a tan on the beach, you should read this book. You will love it. If not, go waste your time on the sand.
Posted by Timothy Callahan at 10:20 PM 2 comments:

Judy and I finally escaped the kids long enough to see two movies at the actual movie theater this weekend. So that means I can tell you what I liked and didn't like about two new releases! I am so excited. I could be sleeping right now, but nope--I am sacrificing sleep for the good of humanity. Anyway, I only have time for one review right now, and here it is (#2 will come shortly--by Friday at the latest, okay?): 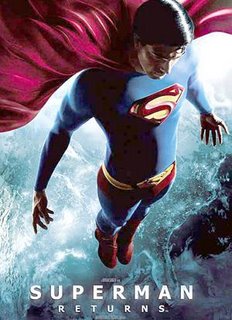 I will be spoiling this movie for you if you haven't already seen it, but that's not really such a big deal, because it's not so good. So yeah, spoilers and stuff. Watch out. Here we go: Is this movie less cheesy than the strangely-revered Donner film? Yes, but not much. At least he doesn't reverse time at any point in this one--although, if he did, that would solve every single problem he has. Why doesn't he reverse time? The moron! Is this movie full of better-looking action sequences than Superman II? Yes, better looking because the technology has improved, but not better imagined. Zod and the Phantom Zone villains are cooler than any amount of giant crystal rock formations and/or plane/space shuttle disasters. Okay, I did love the shuttle sequence from the moment Superman arrived until the silly-but-simultaneously-AWESOME landing with applause at the baseball stadium. That was the best part of the movie, though, and the John Williams theme was there and everything, which is like cheating (as I've said to my brother, even Kangaroo Jack has a bit with the Superman theme by John Williams and it makes a part of that horrible movie into something magical--the theme is that good, but you know it is already, right?). But the scenes leading up to the shuttle catastrophe (especially the "press conference" on board the plane) were embarassingly awkward and goofy. Is this movie as great as Superman III in all its Richard Pryor glory? Well, that's a trick question. Superman III is actually my favorite of the original movies. It's terrible, I know. It has the worst villain, and it is as much about the Richard Pryor character as it is about Superman and it's just not a good film, but we owned it on VHS when we were kids and we watched it more than almost any other movie besides Star Wars just because it was one of the few things we owned. So it's a sentmental favorite. I can't imagine Superman Returns ever being anyone's sentimental favorite, but it could happen. Kids might respond well to that ugly little scraggly-haired child who is supposedly Superman's son. How could he have a son? Unless he knocked Lois up that one time they slept together in Superman II, which he made Lois forget about with his magical Kryptonian kiss at the end of that movie. In which case, isn't she thinking now, "Wtf? How could I have Superman's kid? When did we have sex?" which would be pretty alarming, because I think you'd expect to remember something like that. Is this movie better than Superman IV, the one that was unwatchably horrible and I can't even remember at all. No, it's way better than that. Even Lex Luthor's stupid plan in this movie (and it is a stupid plan--especially for a genius) is better than even the best five minutes of number IV.

So how does it compare with, let's say, Batman Begins. I say, about the same. Maybe not quite as good. I didn't love Batman Begins--I hate Katie Holmes because she acts like she's 12 in a role that needs to be stronger--I hate Christain Bale's tough-guy Batman voice and puckered lips--I hate that Ra's al Ghul is on that train at the end just so Batman has someone to punch--why would he ever be on that train???!!? That's what minions are for! But Batman Begins has a good interpretation of Scarecrow and no cackling villains and it has ninjas, so it can't be all bad. I would watch it again. Meanwhile, Superman Returns has good performances by pretty much everyone. I was surprised by how much I didn't mind Kate Bosworth and I actually liked Brandon Routh. Kevin Spacey was misguided--he was playing some variation on Lex Luthor that I didn't really like, but he played that variation well. The supporting cast was not distracting. The special effects during the action sequences were almost totally fantastic. I hated, hated, hated the sequence with the young Clark jumping around the fields--that was bad CGI--terrible!--but the stuff where Superman is flying around and saving stuff was pretty great. I liked James Marsden's character--he didn't have much to do, but I like that he was heroic and likeable and not a dick or a wimp. I didn't expect that angle on the character. I hated that Superman has a son. If Singer and company cast young people like Routh and Bosworth to leave room for lots of potential sequels, why add the burden of a son to the story? Every sequel now has to be about the son in some way. It totally changes the dynamic, and it's a bad choice--it's an interesting choice, but it's no longer Superman--it's something else entirely. Maybe I'll grow to like that choice, but the sequels will have to be way better than this movie to convince me that it was the right direction to go in. 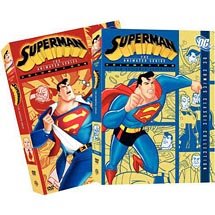 I think that's the only good version of Superman available right now (besides some of the comics--obviously Superman: Man of Tomorrow Archives Volumes One and Two are unbelievably great--they reprint the Weisinger era crazy-genius Superman stories from the late 50's. All-Star Superman is also a must-read. And I'm partial to the John Byrne revamp stories--epecially the Action Comics team-up issues. And there are a few good issues here and there, but overall--Superman: The Animated Series is the best, consistently right Superman as far as I'm concerned. Superman Returns, not so much. Unless you like your Superman to be a creepy stalker guy and you like your Lex Luthor to have sex with old ladies to earn money (he's a sex machine with all the elderly chicks, apparently--is that supposed to be a funny part of the movie? It's not).

Overall, not recommended. But you probably have to see it anyway. It's Superman.
Posted by Timothy Callahan at 2:44 AM 2 comments: 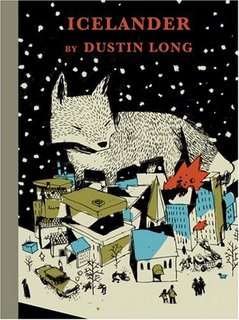 After reading "Atomik Aztex," I thought maybe I was just burned out on fiction--I go through that phase every once in a while--but I just finished Dustin Long's brilliant "Icelander," and I'm happy to say that I just needed to find the right book, and this one is it! It's a fun (and funny) novel that's a Nabokov homage tied in with Norse mythology and Nancy Drew and Ethan Hawke (what more could you want, seriously?). Unlike "Atomik Aztex," this novel combines disparate elements into a satisfying narrative, a parody of detective novels and metafiction that is also an enertaining detective novel and clever metafiction in itself.

I highly recommend this book. Reading it will make you a better person.
Posted by Timothy Callahan at 12:10 AM 1 comment: 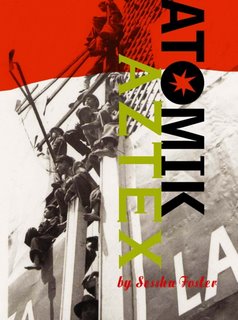 Sesshu Foster's "Atomik Aztex" is a novel about meat packing, Nazis, supernatural beings, and and alternate reality where the Aztecs kicked the crap out of Cortez and his Spanish cronies. It has relentless prose by a manic narrator. I wanted to like it, and there were a few sequences I enjoyed, but I don't recommend it. I'm sure it was carefully crafted and honed by an obviously talented author, but I just found it too excessive.

Excessive "alternate" spellings (like in the title), excessive dream-like interludes, and excessive plot moments with little characterization. Perhaps I would like it more upon re-reading. But when will I have time to re-read this? Never, probably. I'll let you know if I do.
Posted by Timothy Callahan at 11:59 PM No comments: