BEFORE THEY WERE FAMOUS: A When Words Collide Archive 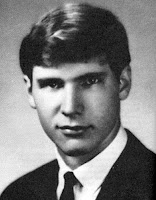 One of the recurring features within my weekly CBR column in 2012 was something I called "Before They Were Famous" where I would write about the issue of a comic book series right before a more famous run began. I plan to do some more of these at some point in the distant future, but I wanted to have an easy-to-reference list of links to the entries I have already completed, so here it is!

BEFORE THEY WERE FAMOUS, via When Words Collide and CBR and me:

Swamp Thing #19, by Marty Pasko, right before Alan Moore came in and blew the roof off of American comics.

X-Men #66, the last of the pre-Chris Claremont era X-Men with what seems to be a pretty weak Roy Thomas inventory story.

Captain America #32, the Robert-Kirkman-written ridiculous conclusion to the post-9/11 take on the Sentinel of Liberty, prior to Ed Brubaker's relaunch.

Supreme #40, another pre-Alan Moore comic, where Jim Valentino and Tom and Mary Bierbaum tell something that resembles a story but isn't very good by anyone's reckoning.

Batman #403, by Max Allan Collins, immediately before Frank Miller and David Mazzucchelli presented us with the serialized "Batman: Year One."

Incredible Hulk #330, which was Todd McFarlane's first issue but the last of the Al-Milgrom-written issue before Peter David's monumental run began.

Iron Man #115, written by Bill Mantlo, with David Michelinie and Bob Layton waiting to strike in the following issue.

If you have any suggestions for other "Before They Were Famous" installments, let me know!
Posted by Timothy Callahan at 10:29 PM